Wow! What can I say? This run lifted both my mood and my confidence. I absolutely loved it.

A couple of weeks ago one of the ladies in my run club posted about this run and I immediately signed up for it. It sold out pretty quick apparently so I’m glad I didn’t stop to think about it.

It was a 5 mile run and I’ve never run a 5 mile race before. I work in kms so I don’t think I’ve ever done a 5mile run in training either. Obviously (as I’ve run Half Marathons) I’ve run further but never just 5miles. I had no idea what to expect or what time I would be likely to finish in.

My 10k (6.2miles) PB is just over 64mins and this would be just over a mile shorter. However my running hasn’t been up to scratch lately and I was afraid that a big crowd would trigger my anxiety again so I decided to aim to finish just under an hour. That should be doable. 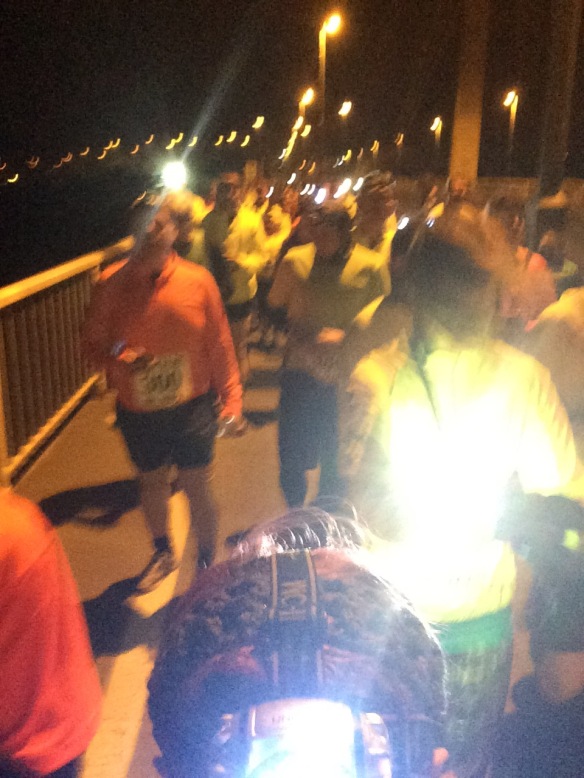 This picture is at the start.

Four of us went from my club and the other 3 are very speedy. So speedy in fact that both the ladies won prizes on the night 🙂

The bridge itself is 2.2 miles long so we ran along the right hand side pedestrian walkway into England, up and over the toll booths, into the services and back round onto the other side of the bridge to run back over it. 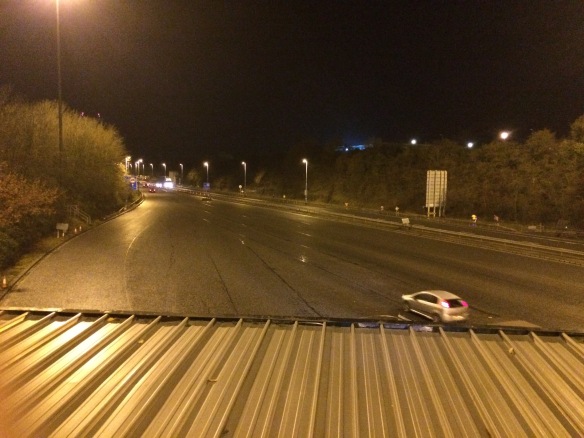 I felt very strong running the race. There were a lot of times I could have stopped but when I actually thought about it my body wasn’t actually tired. It was my mind. I pushed through and played games to occupy my mind allowing me to keep going.

I was pretty pleased to see the 4 mile marker and I knew I had enough to push for the finish. There was a girl in front of me that I wanted to overtake so I started to chase her. But then I was passed by a group of 3 women! I decided to go for it and try to catch them. I over took the group of 3 just before the route took us off the bridge but then we were faced with a hill. Not a big one or a steep one to be honest but I was suddenly afraid I had pushed too soon and I would blow up before the finish. I knew my chances of catching the girl I wanted to pass was slowly fading as she made her way up the hill. Then I spotted one of our run club who had come back for me. He shouted at me and I knew I couldn’t slow now. So I pushed up the hill and not only caught but overtook the girl I had been chasing. I got to the top and ran back down the other side knowing the finish was only around the corner.

As I rounded the corner, the other ladies from my club were waiting for me. One shouted “run faster and you can sub 55!” I glanced at the time above the finish gantry and sure enough it showed 54:49. I had 10seconds to cross the line if I wanted sub 55. I ran as fast as I could and I did it!! I finished a whole 5minutes faster than I originally wanted! 🙂

I was so pleased I couldn’t stop smiling. Even when both the other ladies won prizes for being so fast. I was genuinely happy for them. But I was also so happy for me. Not because I had run fast. The race was comfortable for me. To be honest I probably could have pushed a bit more but I needed this to be enjoyable. The fact that I got a really good time (for me) was actually just a bonus.

Here’s hoping for more races and runs like this one.