Pen Y Fan is the highest peak in South Wales and according to Wikipedia the highest British peak south of Cadair Idris in Snowdonia.  Not only that, it is also No 88 on my Day Zero List 😉 I’ve wanted to climb it for a while but I’ve never got around to it. So when one of my running club posted that he was thinking of running up Pen y Fan I over eagerly said I’d join him 😳

The day before I was so nervous about going. There would be 5 of us altogether and all of them faster than me. I thought about pulling out but I knew how disappointed I would be if I did. So I decided instead of putting too much pressure on myself to make it to the top as fast as the others, I would set myself a different challenge. If I let them run off, make the top and start coming back down then, as they passed me, I would turn around and follow them to the bottom. My challenge was to see how far up I could get before I had to turn around.

On the day I dressed warmly but as it was pretty sunny out already I had hopes of stripping layers off. That was until the snow started to come down on the drive there!! There was a lot of nervous laughter in the car at this point. What on earth were we doing??? Then the guys started talking about going up one route and down another. That spoilt my plan. So I mentioned my challenge. I was going to keep it a secret so they didn’t think that I was wimping out by not making it to the top. As soon as I mentioned my plan G said that there was no way he was letting me come all this way and not make it to the top. They would wait for me! I can’t tell you how much this meant to me. 💕

We parked up and could see the snow on the mountain

I’m starting to wonder what I’ve let my self into!!

We crossed the bridge and off we went. Wow! It was so much harder than I thought! My legs were screaming from both the cold and the exertion and I could barely catch my breath due to the wind. I struggled on run/walking as best as I could. I was so in awe of the others who just kept ploughing on.

The higher we got, the less views we had as the fog was hiding the beautiful surroundings. 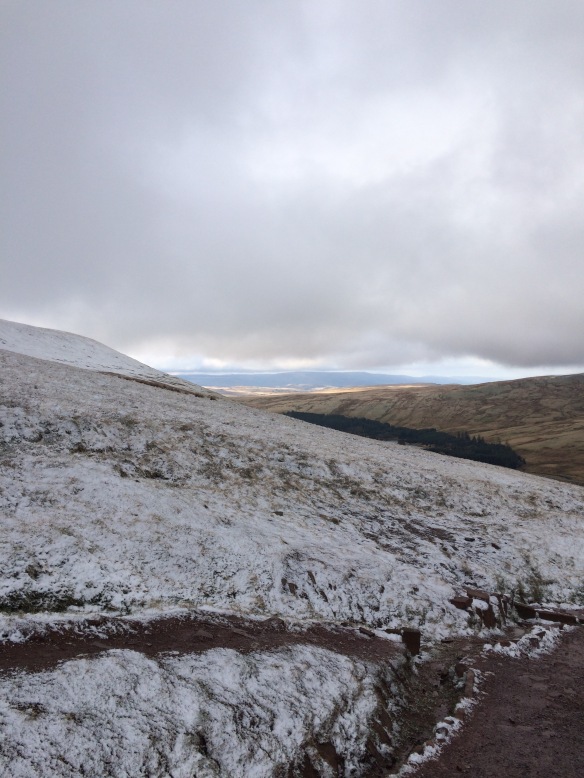 We passed a few walkers and they took pride in telling us we were mad! Lol! Says them who were up earlier than us to start out 😉

It got colder and colder and I did feel sorry for the guys who started out in shorts! Mrs C kept telling me “it’s just over the next ridge” except it wasn’t 😂 but she kept saying it. As much as I took the mick out of her for being so wrong all the time, she did an excellent job of keeping my spirits up when I could easily have said “stuff it, I’m going back down”

It was very hard going and I could easily have stopped but between Mrs C and the little part of me that would have been gutted not to reach the top, I kept going. Then finally I could see the top. A walking group laughed as I ran past them shouting “yeeeeeeeesssssssss!!!!!!!!!!”

It was an absolutely fantastic experience and probably the craziest thing I have ever done. I would love to do it again. Although maybe not in as much snow. 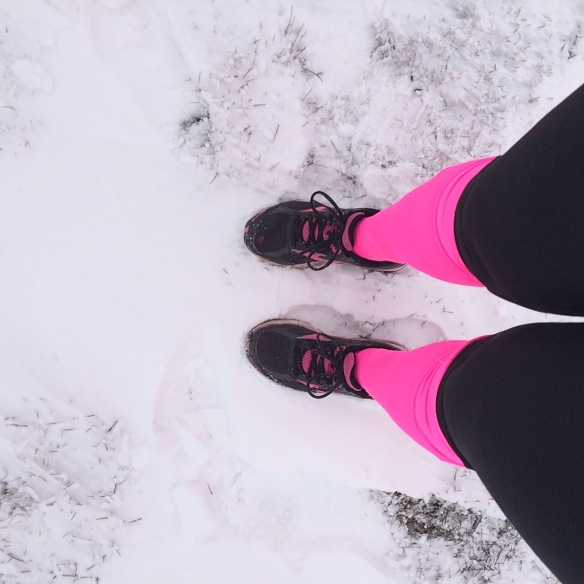